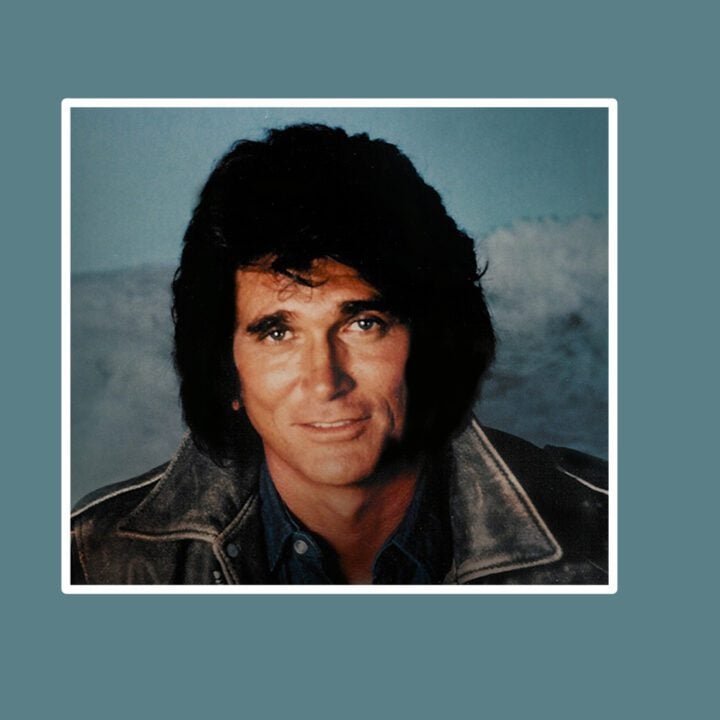 About Highway to Heaven

A probationary angel sent back to Earth (Michael Landon) teams with an ex-cop (Victor French) to help people.

Fight For Your Life

Jonathan and Mark train Morty to be a prize-fighting boxer. His brother Jerry is hiding a dangerous secret from his brother. Jerry becomes his brother's trainer/manager in hopes of figuring out how to pay off some debts. Jerry puts everything he has on someone who is already a prizefighter, while not having faith in his own brother.

Ricky is pressured by his father to win at everything and not enjoy losing a game once in awhile.

All The Colors Of The Heart

Frank Reilly wants to get his sight back but soon realizes that the procedure the doctor wants to perform will do him no good. Meanwhile Scotty is just about to lose his sight and isn't sure what his future will be like without sight. Before he loses his sight he must learn to do things as a blind person would do. Frank and Scott must help each other realize that even though both of their dreams are ending they still have their own futures to find.

A Dolphin Song for Lee (Part 2)

Her cancer in remission, Jonathan and Mark convince teenager Lee to lobby in the state senate for broader environmental protection.

Jenny's dog Jake runs away after chasing a cat. Jonathan and Mark find the dog and take him over to orphanage to help cheer up the kids. Jonathan and Mark must try to get Alex to become active again. They use Jake and get him to play with the other kids. They soon learn that Alex is afraid that if he touches anything it will be taken away from him.

Time in a Bottle

After Humphrey Bogart is accused of a felony for stealing a 53 bottle of wine Matthew Kane must try to clear his friend of the charge and keep a promise to Humphrey. The promise is to make sure that poor people have their voices heard so they don't become forgotten. Alan Peterson and Kathleen Reynolds team up together to try and get rid of the drunks in a skid row area while Councilman Peterson helps Kathleen make a name for herself as an upcoming District Attorney.

A Dream of Wild Horses

Jonathan and Mark are hired to help honor ranch. They must try to convince a grandfather that he is still needed and isn't too old to do anything just because he thinks he is.

A Dolphin Song for Lee (Part 1)

A dying teen raises funds for her operation as well as for other children with cancer.

I Was a Middle Aged Werewolf

Jonathan helps Alan gets over his fear of being scared. Mark dreams Jonathan is a Werewolf.

Mark and Jonathon are sent to help a little boy overcome the sudden death of his father. Stevie deals with his grief through his favorite superhero, Amazing Man. Jonathon and Mark help his mother realize that grief is a normal reaction and help the family begin to heal.

A country doctor tries to teach the value of being a small-town doctor and excepting anything for pay. Dr. Hudsboth has to work hard to pay off a mortgage.

We Have Forever (Part 2)

Jonathan is still angry with God for not letting him go to heaven and see Jane one last time. After being dead for 40 years, Jonathan becomes human again. Jennifer has fallen in love with Jonathan and now must help him understand that he will always have Jane in his heart regardless of the job he chooses. Jennifer suddenly finds a letter from Jane and as a way of saying goodbye to him he understands that until his job is finished they will always have forever.

Jonathan and Mark return to Mark's old hometown of Oakland and they go visit his old precinct. They learn that there a case of "the blue flu" and Mark's old Captain asks him if he could fill in for awhile. He his teamed up with an old friend whom he discovers is a racist. Jonathan then goes to an apartment building that is need of a new handyman and Jonathan meets the (black) woman who is the manager. Now she has two sons, the elder hates anyone white and is practically a delinquent.

The People Next Door

The people of Mission Estates don't know that one of their own is hiding a secret. Nine years ago Dr. Martin denied his wife, and his son of their heritage. Anna Martinez lives across the street from her son and grandson Bobby Martin. He kept the secrets so he could live in Mission Estates. Mission Estates is an exclusive subdivision that only allows “the right kind of people ".

Why Punish The Children?

We Have Forever (Part 1)

Jonathon gets a 'feeling' while he and Mark are driving towards their next job. He goes to the hospital to find his wife is near death and was calling for him. After she passes away Jonathon believes that he will no longer be working for the 'boss' and will go to be with his wife. To the answer of lightning and thunder he finds out otherwise and becomes enraged. He is then stripped of his angel powers and has to live as a mere mortal. While at the beach one night he sees a young woman who he thinks is the spirit of his wife. As he runs to her he sees a beautiful young woman who walks into the ocean attempting to kill herself. Jonathon saves her and the 2 forge a friendship... To Be Continued...

Jonathan tries to reunite a father and son who are a comedian and an actor, respectively together by getting to star in a community theatre play about an estranged father and son. But the comedian's antics drive his son mad.

Jonathan has to suddenly fix a computer glitch that causes Angels to go out on the wrong assignments. Jonathan must try to stop Max from ending his son's marriage. Jonathan then suggests that Maxi's wife Sarah also finish the assignment.

Mark and Jonathan travel to Hawaii to help Aulani, a former singer and actress, learn to thank people more often. A friend of hers just learned he has AIDS. Danny tells Jonathan he contracted the disease due to a blood transfusion.

Hale is sitting in jail writing to his editor, and wishing he was back with his family. Jonathan then answers his request to hold his wife in his arms again. Before he lets him hold his wife Jonathan sends Hale back to the basement of his own home, where he gets a unique look at life through his wife's eyes. First he learns that his wife always sleeps in his study where his pictures are because that is all she has of him because he is a way a lot. Second he learns that while he is gone his wife sometimes fantasizes about Eleanor (A fellow journalist that often accompanied Hale on many trips.) Third Hale sees Louis before the accident that caused him to lose his arm. As he sees his son he begins to understand why his wife wanted him home all the time but also wanted him to be happy.

In With The ‘In’ Crowd

Denise Kelly is a cop going undercover to stop a drug ring at a local high school. Jonathan and Mark pose as counselors to see if they can find who is bringing cocaine to school. Mark and Jonathan set up surveillance outside party between Denise and Mike to see if he knows anything about the cocaine. When Mark and Jonathan later meet with a faculty of the high school they find out everyone isn't pleased with the tactics used in trying to figure out who is bringing the cocaine in to school.

With Love, the Claus

It's Christmas time and Jonathan and Mark's latest assignment is to try and get two divorce parents who are still bickering and using their son as pawn against each other to stop and start being parents. They go and work for the father who is a lawyer. They bring their son to a department store and there the new store Santa is upset at the store for promoting toy guns, and when the boy tells Santa what he wants, he tells him that he can't be sure if he can give that.

Alex finally meets the family of his dreams, those dreams are soon shattered when the Turners want to adopt Alex. Alex wants to take Jake with him but the Foster family lives in a place where dogs aren't allowed. In order to make his dream come true Alex runs away with Jake back to the family he first fell in love with. Michele and Paul had been hoping to have a baby on their own but soon learn that adoption maybe their best option.